July 12, 1969 marks 50 years since mankind’s first — and so far, the only — occasion where humans have walked on another celestial body. The fabled Apollo 11 moon landing with Neil Armstrong, Buzz Aldrin and Michael Collins was the culmination of more than a decade of development. NASA has since estimated that the overall Apollo program required more than 400,000 scientists, technicians and engineers who designed, tested and maintained nearly countless systems that led to safe flights to and from the moon. Boeing, North American Aviation, Grumman Corporation and McDonnell Douglas all provided major systems and sub-systems. In all, Apollo 11 required more than 5.5 million component parts. 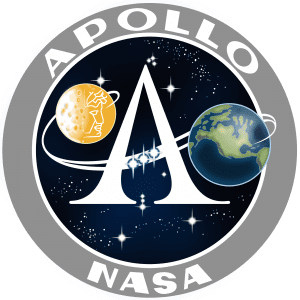 New England Wire Technologies was well-positioned to play a role in the Apollo program. Founded in 1898, just ten years after Edison’s invention of the light bulb, the company quickly became an important supplier to the 19th century’s budding electrical production and distribution industry. It grew further as the demand for motors and other electrical devices accelerated. And by the 1960s, technological advances had created demand for innumerable types of wire and cable which NEWT continued to fulfill.

However, the company’s contribution to space flight actually began much earlier than the Apollo program. The Mercury space program ran from 1958 to 1963. Its goal was to place an astronaut into earth orbit and return him safely. NASA then followed with the Gemini program, which ran from 1961 to 1963. It put two-man crews into orbit several times and perfected various maneuvers — extra-vehicular “space walks,” orbital adjustments and fine control protocols required to rendezvous and dock with other spacecraft. Gemini served as the testing and proving ground for subsequent Apollo missions. NEWT provided cable and wire to both programs and gained valuable insight into the diverse needs of spacecrafts.

The Apollo program ran from 1961 to 1972, with 15 flights taking wing under the Apollo banner. Apollo 1 was marked with tragedy when three astronauts died in a launchpad fire that caused NASA to undertake major redesign efforts. Flights 4 through 6 tested the Saturn launch vehicle that would carry men to the moon.

Apollo 7 through 10 were all manned flights, with Apollo 8 being the first to achieve a lunar orbit. Then, Apollo 11, 12 and 14 all landed on the moon, with only the aborted Apollo 13 mission failing to land.

The subsequent final flights under the Apollo program — 15, 16 and 17 — each put men on the moon for more extended periods. With modifications to the spacecraft needed to make room for lunar rovers, those vehicles carried men farther across the surface than any previous flights had allowed.

Note: NASA identified 15 flights as part of the overall Apollo spaceflight program. So, how did 16 and 17 come to be? The answer lies in the drastic, time-consuming and costly redesigns NASA worked through after the tragic Apollo 1 fire. The launches that had been planned as Apollo 2 and 3 were canceled and NASA resumed the series with Apollo 4.

As NASA learned from each flight, it called for improvements and redesign of various subsystems and components. This generated business for thousands of sub-contractors who manufactured everything from nuts and bolts to sophisticated electronics, environmental controls, rocket engines and heat shields. NEWT contributed by providing wire and cabling used in the gimbals astronauts used to maintain the altitude of spacecrafts in flight. The lunar lander module used gimbals for navigation, while the rocket stages used gimbals to point the rocket exhaust in the desired direction.

Consider the lunar lander. Its gimbal was part of an inertial navigation system. It used gyroscopes oriented along the X-, Y- and Z-axes that, coupled with accelerometers and electronics, computed the orientation (pitch, roll and yaw), the speed, and the position of the spacecraft in flight. Today, inertial navigation systems, also known as inertial measurement units, can fit into a tiny package weighing only 10 grams and provide measurements with an accuracy of 0.1 degree.

In the 1960s though, designs weren’t so compact. Cables and wire used in the gimbals had to withstand exposure to the ravaging temperatures that fluctuated from -150 degrees Fahrenheit in the absolute darkness of space to more than 300 degrees when in sunlight. Flexibility, durability, and temperature specifications were just a few of the critical parameters those wire and cable products had to meet.

The Space Transportation System (STS), commonly known as the space shuttle program, followed Apollo and continued until 2011. NEWT provided cable and wiring for the manual guidance system of the Columbia space shuttle, which began construction in 1975 and was first launched in 1982. The Columbia flew 27 missions over 22 years.

In 2001, space shuttle Endeavour delivered the robotic arm to the International Space Station (ISS). Known as Canadarm2 in honor of its Canadian manufacturers, the arm is almost 56 feet (17 m) long, weighs 3,300 pounds (1,497 kg), and is fabricated from 19 layers of high-strength carbon thermoplastic fibers. Modeled after the human arm, it can move in seven degrees of freedom, with three joints at the wrist, one joint at the elbow and three joints at the shoulder. Each end of the arm terminates in a 430 pound (195 kg) “hand” known as a “latching end effector.” Either end can attach to the ISS where it connects to fixtures located strategically around the periphery of the ISS. Those fixtures supply electrical power, data and video connections. NEWT supplied specialty wire and cable that allows Canadarm2 operators to manipulate loads up to quarter-million pounds (116,000 kg).

Space agencies around the world have all laid out plans that reach into the next decade and beyond.

NASA, for instance, is focused on the “Moon to Mars” project that will place a Gateway mini-space station in orbit around the moon. NASA is evaluating ways that astronauts will be able to shuttle between Gateway and the moon on reusable landers — and, how to use Gateway as a way station so missions to the moon’s surface or even to Mars can rest, refuel and replace parts instead of relying on carrying everything from Earth.

One thing is clear: With the breakneck speed at which technology is advancing, space travel is entering an age of disruptive innovation.

For instance, scientists are now asking questions that couldn’t be answered even a few years ago. A case in point: The Laser Interferometer Gravitational-Wave Observatory (LIGO), with its detection hardware installed in Louisiana and Washington, has detected gravitational waves caused by binary black holes and colliding neutron stars. Now, the European Space Agency is taking LIGO to outer space. Its Laser Interferometer Space Antenna (LISA) project will place an array of three spacecraft deployed to form an equilateral triangle that orbits Earth with each leg of the triangle about a million miles long. Packed with sensing equipment and maintaining communication with Earth, LISA serves as a mammoth dragnet that catches even the slightest gravitational waves rolling across the universe. This is a story that could only have been imagined in science fiction just ten years ago.

Couple this ever-accelerating pace of technological advancement with billionaire businessmen (Bezos, Branson, and Musk). Their collective vision for the future includes space tourism, “trillions” of people living in space and colonies on the moon and Mars — a space-faring civilization destined for the stars.

This visionary re-imagining of space travel and exploration takes it out of the realm of government agencies and opens it to developments no one can fully anticipate. Niels Bohr, Samuel Goldwyn, Yogi Berra and Mark Twain have all been credited with a quotation that fits the future of space travel especially well: “It’s difficult to make predictions … especially about the future.”

What is clear, however, is that artificial intelligence, machine learning, robotics, synthetic biology and as-yet unannounced new technologies driven by human visionaries will increasingly influence space travel. Humanity is in for quite a ride.